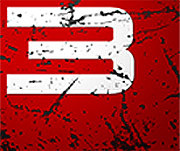 Although our main job focus is developing plots and characters and writing dialog, most writers at BioWare also work on other tasks, such as galaxy map logic and planet descriptions (Chris Hepler), enemy combat barks (Jay Watamaniuk), or embarrassing me at Vanguard (Sylvia Feketekuty). One system I’ve worked on over all three Mass Effect titles is the reputation system – and, like most of our systems, it has found some improvement in Mass Effect 3.

Well, it’s exactly what it sounds like. Over the course of a war raging across the galaxy, you are going to do a few things that catch people’s attention. And if your reputation gets impressive enough, people who would otherwise ignore you are going to take you seriously when you say something like, “I will wipe out your entire species unless you put the gun down.” Having a powerful reputation unlocks dialog options that wouldn’t be otherwise available, usually with better results than the normal options would offer.

In previous BioWare games – heck, in previous Mass Effect games – unique dialog options were often the place where Shepard, the Warden, the Spirit Monk, or “the player character from KotOR whose name is not a spoiler at all” shook down hapless bystanders for extra money. Players who sank points into the Persuade-type skill for each game could demand higher rewards or get discounts from merchants.

Sadly, in Mass Effect 3, as war tears families apart and reduces entire continents to glowing craters, saying “I’m Commander Shepard, and this is my favorite store on the Citadel,” doesn’t carry as much weight as it used to. People are already going to be selling you things they wouldn’t ordinarily sell, because you’re the last hope for the universe. You’ll be banking on your reputation to save planets and gain alliances, not to get a better deal on snow tires.

You’re also never going to be the villain of Mass Effect 3. If you take every Renegade option in the game, you may be brusque with your friends and brutal to your enemies; you may make hard choices that cost you friendships; you may have to go to your grave carrying the weight of crimes that would have you reviled as a monster if they ever came to light. But you are always fighting to save the galaxy, no matter what tactics you take.

How does it work?

Paragon and Renegade actions are always the result of decisions – if you only have one way to do something, then doing it increases your reputation in general. So if you want to play as a purely Paragon player without ever getting Renegade points, you can do that.

Your reputation increases as you complete missions. Whether you’re attacking an enemy outpost, destroying a city, or bringing a dying soldier’s last message back to her loved ones, you are always showing the galaxy that Commander Shepard is a force to be reckoned with. Players who check up on their crew or help refugees struggling with the realities of war on the Citadel will also gain small reputation bonuses for taking the time to talk to people.

On your squad/powers screen, you’ll see a bar made up of a mix of red and blue. The red represents your Renegade points, while the blue represents your Paragon points. Reputation points that aren’t Paragon or Renegade don’t get their own color – they make the bar get bigger while keeping the same red/blue ratio.

Note that the bar has lines marking various points of progression. Key dialog options at important moments in the game are locked off – you can only take them if your reputation is high enough – and each of those lines marks a checkpoint. If you see that you’re a bit short of hitting a new line, and someone has just said something like, “Let’s head down to [that person’s homeworld] and finish this once and for all,” it may be worth your time to go do a couple of side-quests first, just to see if you can reach that line.

Under the hood: Changes from Mass Effect 2

If you played Mass Effect 2, a lot of this will seem familiar. The key differences are: 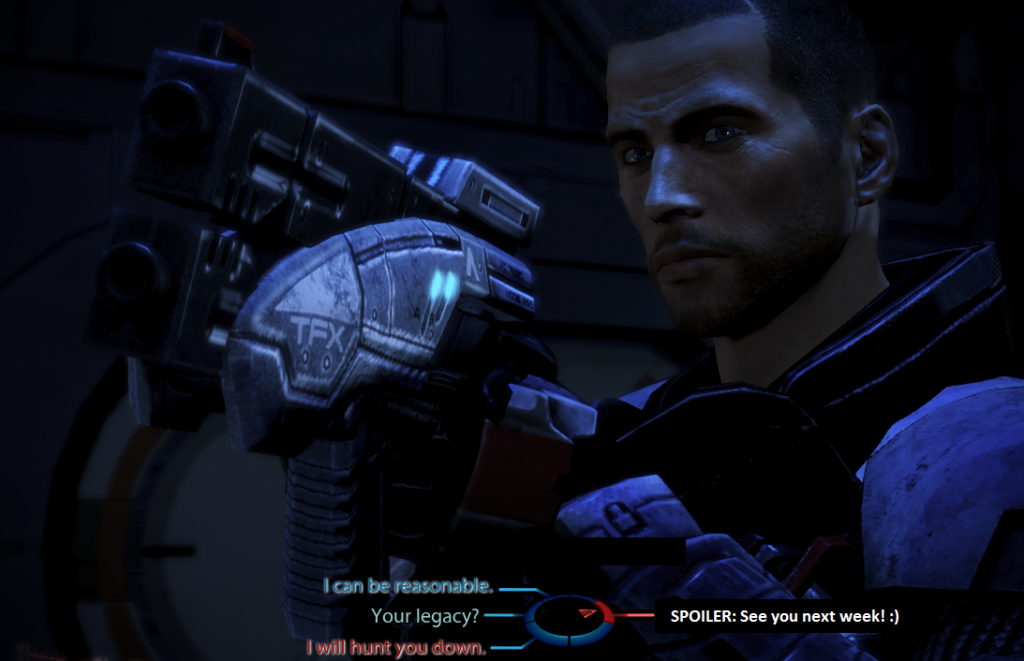 I hope that our new and improved system gives you an intuitive way to see what the galaxy thinks of you. I’m really proud to have worked on a game with so many difficult and morally ambiguous decisions – as our lead designer Preston Watamaniuk said, “This may be the first time I have ever played a game with a morality system and come out morally gray.” I can’t wait to see what your bar ends up looking like. Good luck!