Hey BioWare community, it’s me, Dragon Age Legends game producer Ethan Levy. First of all, I wanted to say thanks for all the questions. We’re glad so many fans are excited about getting their hands on the game we’ve been working so hard on. We’ve gotten a lot of questions asking how beta keys are being distributed, and I wanted to clear that up quickly before moving on to the Q&A.

We’re operating the Legends closed beta like any other online game. We’ll be sending out batches of beta keys each week until from now until launch to people who have registered for access at http://beta.dragonagelegends.com. We’re going to do our best to give beta keys to everyone who signs up, so just because you didn’t receive a key this week doesn’t mean you won’t be included in the next round of emails.

We’ll let you know when a fresh round of beta keys have been sent off over on our Facebook wall and on the Legends section of the BioWare social forums. If you haven’t already, make sure to Like the app on Facebook to get updates directly in your news feed.

1 ) Dev team, how are you envisioning Legends will contribute to the overall Dragon Age experience for players? Will this medium be used to tell a story of its own or will players be more likely to see it as simply a way to earn bonuses for the “real” game?

In terms of extending the Dragon Age experience, EA2D has two very specific goals in mind. The first goal is to bring new players to the Dragon Age franchise. We wanted to make Legends true to BioWare’s vision and also make it a highly accessible entry point into this beautifully crafted world. So, if you have friends or family who are into games, but believe that RPGs aren’t for them, we hope that Dragon Age Legends is an ideal introduction to the genre.

The second goal we set is that for the BioWare faithful, we want Dragon Age Legends to keeps their Dragon Age itch scratched in between releases of the core game. We know that many fans will play through Dragon Age 2 multiple times, but when they’re done we want them to pick up Legends while waiting for the next piece of DLC. Legends is also good for a quick hit of Dragon Age when you’re away from your console or gaming rig. Whether you’re in the school library, stuck in a boring meeting, or taking a break from your desk job, Legends will be there to deliver a dose of Dragon Age goodness.

2) What do you guys have planned for the “Perks” part of the crown store? I guess this goes without saying, but what are perks?

The Perks section is where we plan on selling accelerants, such as a 2x XP boost for 24 hours, or +10 ATK for 24 hours. We wanted to design a mechanism for new players trying to catch up to friends who’ve been playing for weeks to be able to do so without feeling like they have to wake up in the middle of the night to maximize their energy use and crafting output.

3) How do you plan to make Dungeons work? I’ve seen them in NPC castles, but we can’t build them yet.

One of the wonderful things about the software as a service model is that as a developer, you can add to your game for months or even years after its original launch instead of having to put a disc in a box and immediately move on to a sequel. So, we have plenty of ideas waiting in the wings such as Dungeons.

We’re still hammering out all of the details for Dungeons, which won’t be available at launch, but one idea for Dungeons is that you would be able to visit a friends’ castle and sneak a worker into one of their crafting stations. That way, you can take advantage of a friend with a maxed out Apothecary. But, if the owner signs in and catches your worker using their room, they can throw him into the Dungeon for a period of time and get a boost to their castle’s happiness. Of course, once we nail it down, we’ll let you guys know.

5) Ever since the Origins launch, BioWare has been committed to Dragon Age not only as a game, but as a franchise. How will Dragon Age Legends contribute to this franchise?

As I said before, our goals for Dragon Age Legends put strengthening the franchise at their core. We want to introduce new players to Dragon Age while also being the bridge that carries Dragon Age faithful between releases of core games and any future content.

6) With such a deep and rich universe to explore and expand upon, what is the scope of Dragon Age Legends and how do you see it evolve in the future?

For Legends’ launch, we’ve been focusing on three main gameplay components: Castle, Quest and Combat. We already have a backlog of major game features we can’t wait to bring to Legends. So long as the community is there to support us, we will expand Legends by adding more than just new quest updates and bug fixes each month. Our ambition is to bring major, game changing features like a PvP Arena, Castle vs Castle battles, Raids, Crafting, Guilds, etc.

If fans love the game and support what EA2D is trying to do, there’s no limit to what Legends will become.

Thanks for the compliment! And thanks for reading my blog posts. Unfortunately, I have no news to share on that front. Our team (myself included) is 100% focused on the successful launch of Dragon Age Legends at the moment. In the meantime, I will treat you to a look at some never-released-before- art from Journeys: 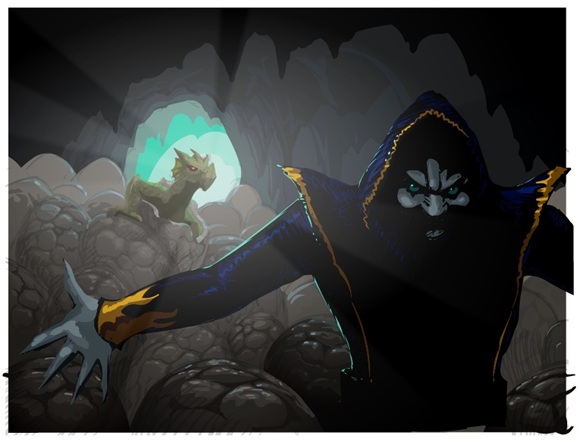 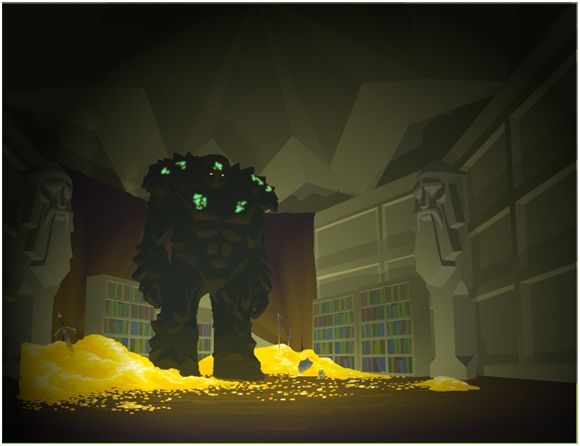 Also, as an added bonus, here’s a scan from the notebook of when I went to Melbourne to work with Dan Stradwick, the mastermind behind Dragon Age Journeys. We had been working together for some time, and this is my first attempt at fleshing out Dan’s story into the 12 main quests that make up the full Dragon Age Journeys arch. If you can’t read my handwriting, just feel comforted knowing that I can’t either. 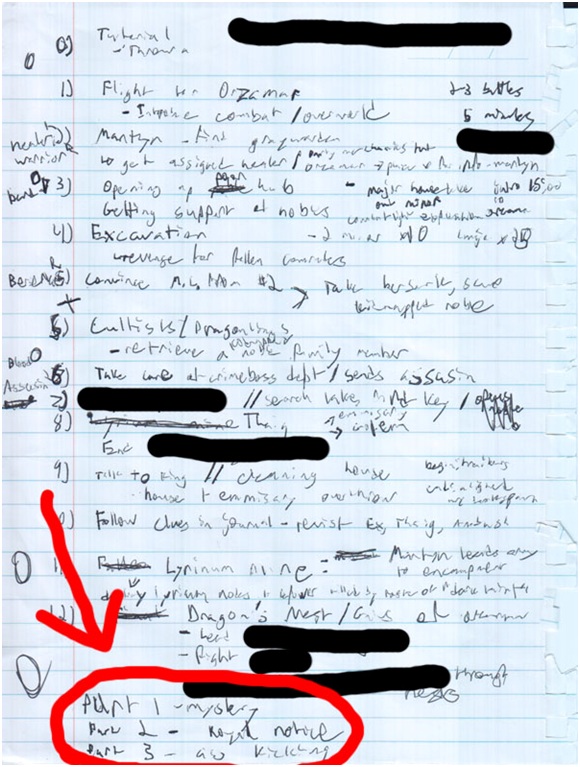 As we were developing in parallel to DA2, we took great inspiration from Dragon Age: Origins as well as the design documentation BioWare provided on Dragon Age II. We also had license to do what was right for the unique gameplay we were crafting with Legends. I’m sure there is overlap, but if so, it is serendipitous. The skill trees in Legends should not be viewed as a sneak peak at the skill trees in Dragon Age II.

9) While it is free to play Dragon Age Legends on Facebook, it looks like you are going to charge for optional premium content. Will Legends still be fun if we don’t buy the premium items? What is the difference between the free and paid items?

Yes, Legends will still be fun if you do not buy premium items. Premium items are designed to accelerate and amplify the fun you have playing Dragon Age Legends. We’ve crafted Legends to be fun for a variety of play styles. You will be able to experience the full game whether you want to invest a lot of time into the game, be social and share your adventure with a lot of friends, or pay for premium items that accelerate and amplify the fun.