Part 2 of 3, by Jay Watamaniuk

Yeeowsa was it busy on Saturday for day 2 at PAX. I am still waiting on the official numbers but the crowd was huge. I was very fortunate to have some time before the public arrived to see some of the show floor because all is fire and chaos once the fans arrive. 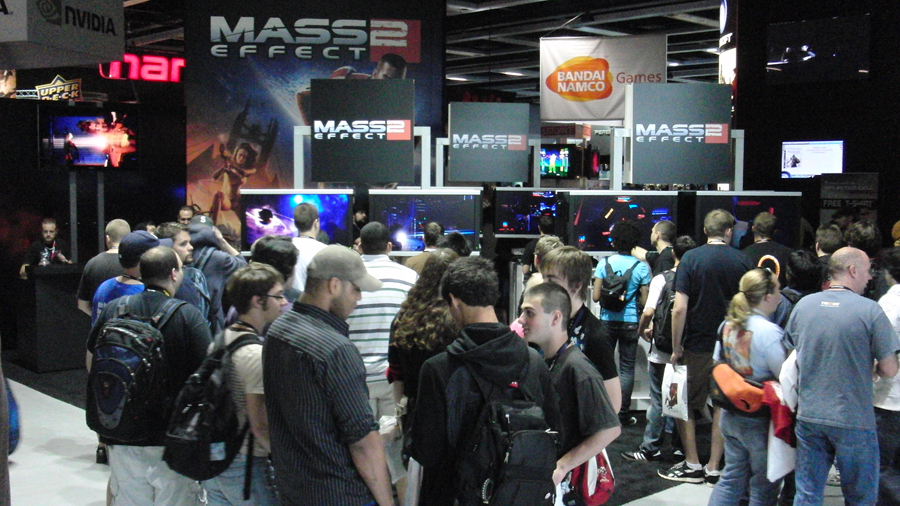 I got a chance to check out that little up-and-comer Diablo III as well as play around with the new goblin and worgen races in the upcoming World of Warcraft expansion. 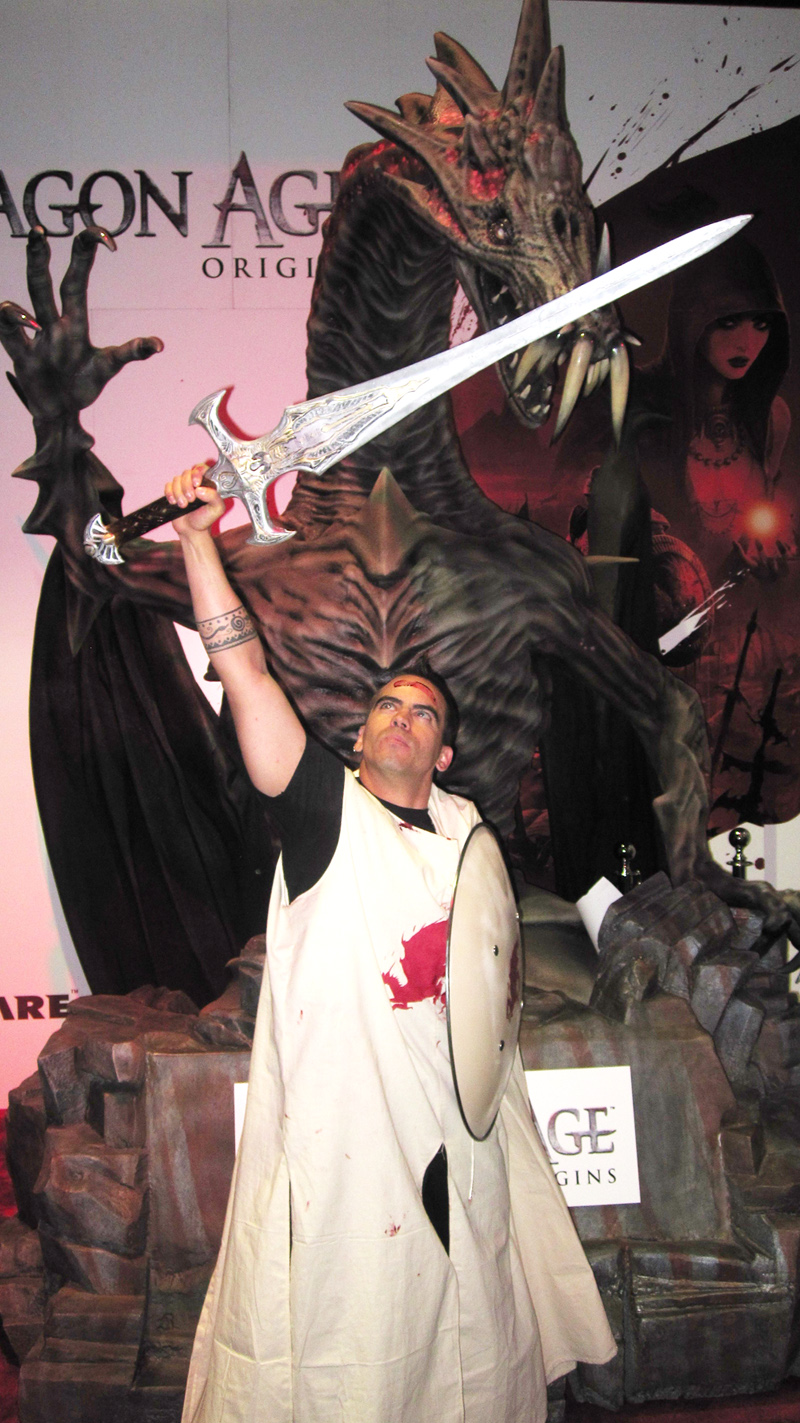 The wait for these games was pretty astronomical when the fans had arrived, but I think the wait for Dragon Age: Origins was even longer. We had taken the approach of providing a closed, personal environment to show off Dragon Age properly. It is always a difficult thing to explain a BioWare game in two minutes or less, let alone provide a show floor demonstration that encompasses the complexity. The cost of providing this 25 to 30 minute personal time with Dragon Age was a very short list of people who could get in to play. This made for line-ups of several hours. I salute the hardcore resilience and dedication of everyone who waited it out for a chance to play. 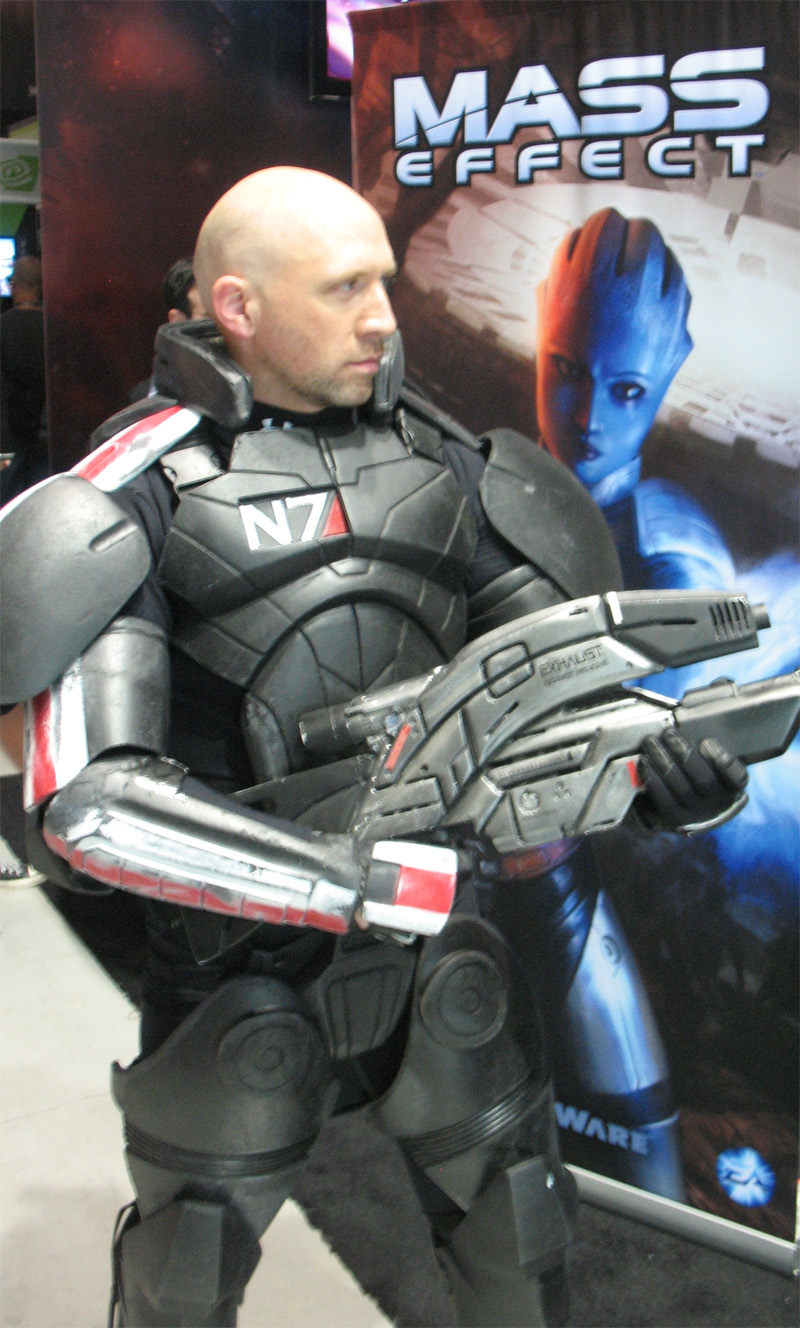 To add a little spice to the booth visit we encircled the whole experience as a challenge. Mike Laidlaw, dressed in full chainmail, welcomed the fans and spoke for a short time about Dragon Age in a closed off room when fans had finally got inside the booth. He introduced the game and showed off a video of some of the key ideas. Mike then detailed how the fans had less then 30 minutes to complete the joining and become a Grey Warden in the game. This involved sitting down to learn how to play the game, venturing into the untamed Korcari wilds, dealing with Morrigan and returning to base to perform the joining ceremony.

If you were successful, then not only did you get a fine Dragon Age t-shirt that was better than anything your friend ever got for Christmas, but you also got yourself a picture geared up in front of the Archdemon statue out front announcing you are now a Grey Warden with blood smeared across your forehead. Here at BioWare we don’t just make games, we make awesome.

Mass Effect 2 had a far more open booth with 12 stations that were packed to the space-gills with fans waiting to play through the run and gun battle to acquire the galaxy’s most dangerous assassin: Thane. They were also treated to a surprise visit by some crazy in his space pajamas.

The day continued with Mass Effect 2 Lead Writer, Mac Walters and Dragon Age Lead Designer Mike Laidlaw (I’ll let you decide who is who- note some suitable clues in the pictures) both doing on-camera interviews with G4 T.V.

And finally, Mac signed many, many covers of the comic series he is creating with Dark Horse comics. Is it just me or is that the most epic-looking Salarian you have ever seen?