Part 1 of 1, by Heather Rabatich

Mass Effect created big crowds and a lot of buzz at E3: I had the privilege of working the Mass Effect 2 Behind Closed Doors Demo room at E3. This was my first E3 and I was there with one of the biggest titles at the show. After taking in the awe of the massive show floor in the West Hall, I quickly realized just how huge this event was going to be and the impact Mass Effect 2 was going to make. When the show opened on June 2nd ,to when it closed on the 4th, we had up to 50 people outside the BCD room at any given time of day asking questions and wondering how and when they could get in. The line was often so big that there were times I couldn’t tell where it ended in the sea of people. Everyone who has had a hand in the development of Mass Effect 2 should know just how well received this was at E3, trust me, there was never a dull moment!

We showed the demo to Game Informer, USA today, Yahoo.com, IGN, G4TV, Gamespot, to name just a few of the hundreds of media and press outlets that came through during the week.

Game Informer
EA has one of the biggest booths here at E3 but we made a beeline for a few specific titles that we were excited to see. First was Mass Effect 2 which was the first time for anyone seeing it in action. 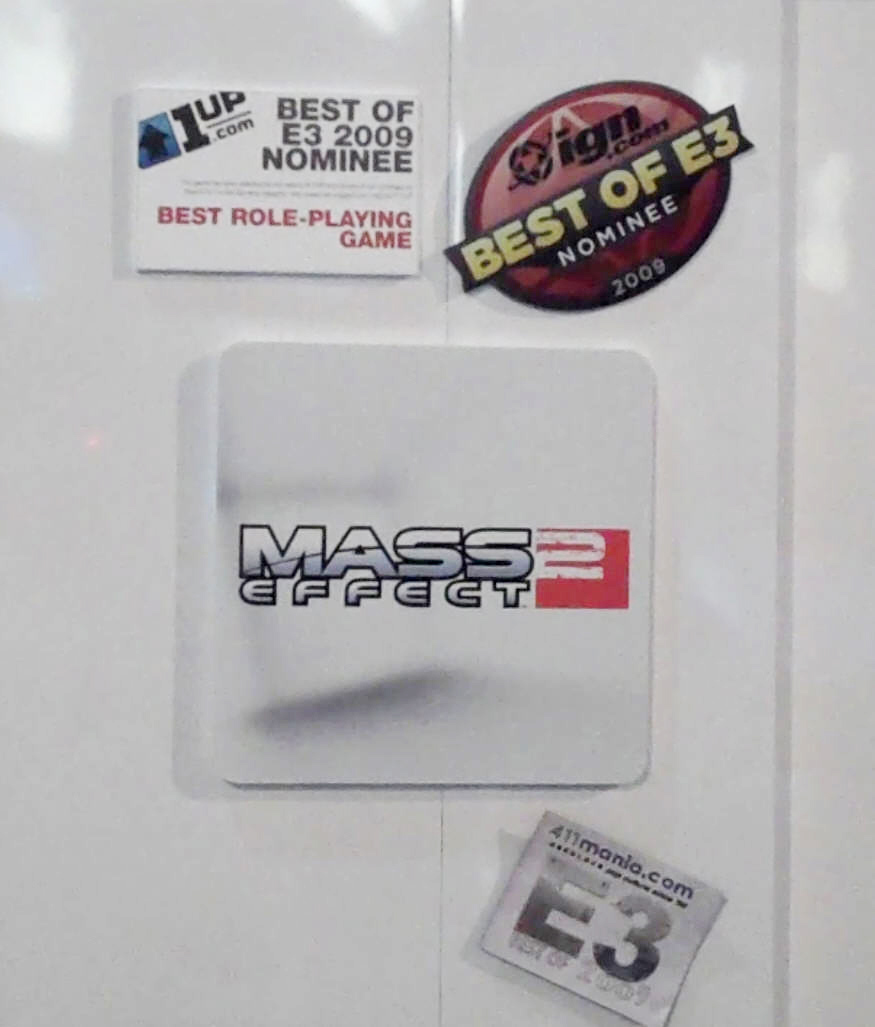 IGN
This is the one game at the show that I want to play right now, as in this very second. BioWare fixed every issue you might have with Mass Effect and then made everything better.

1up
Mass Effect 2 ended up dropping the most jaws among us.

GameSpot
A lot of questions still remain unanswered about Mass Effect 2, but we did manage to make a bit more headway today during a new E3 2009 press demo of the highly anticipated role-playing game.

PC World
Want to sneak a peek at Mass Effect 2? Check out the new trailer, and I don’t just mean a bunch of meaningless hype-tastic CGI footage, but actual gameplay:

Gamespy
The power of life and death is in your hands in Mass Effect 2.

Eurogamer
He’ll need to gather together a gang of intergalactic hard nuts to race about the galaxy, occasionally riding around in a cheeky little tank and handing out brutal justice

Heather Rabatich is a Publicist for BioWare focused on Mass Effect 2 and is chiefly responsible for bringing the awesome and shaming her totally disorganized PR coworkers each and every day with her mad spreadsheet skillz.